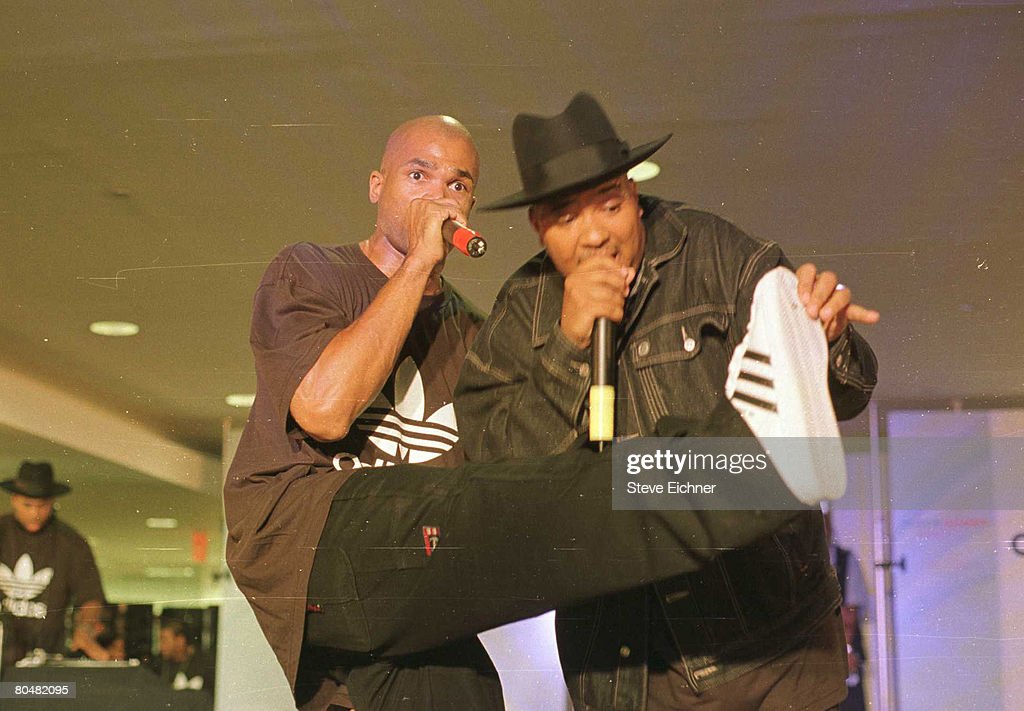 On September 24, the opening of the Adidas Concept shop in midtown Manhattan's Macy's, with a special appearance by hip-hop legends Run-DMC, lured 500 people to the world's largest department store. The event capped off a week-long celebration of free giveaways and fun. Sporting their trademark shell-top Adidas , the Kings from Queens dazzled the crowd with a 20-minute set that included performances of their classic hits "Peter Piper," "King of Rock" and "Here We Go."

Before wrapping things up, Run-DMC took off their kicks, raised them to teh crowd, and played their 1986 smash, "My Adidas." The standing-room-only crowd was also treated to a fashion show, featuring 24 of the finest amateur athletes in New York City, who modeled everything from soccer to street to basketball gear. The event, hosted by Bugsy from NYC's Hot 97 with DJ Enuff on the wheels, was a huge success for one-time sneaker king Adidas. "It was a wonderful response," said Valerie Delevante, PR manager for Adidas. "It was open to the public and that was important to us--to have no restrictions and to have all these people come out in celebration of Adidas."

This article appeared in the December '99 issue of The Source
Posted by Cleon A. at 10:18 AM

Email ThisBlogThis!Share to TwitterShare to FacebookShare to Pinterest
Labels: Articles, The Source