Jemini The Gifted One - Scars and Pain review 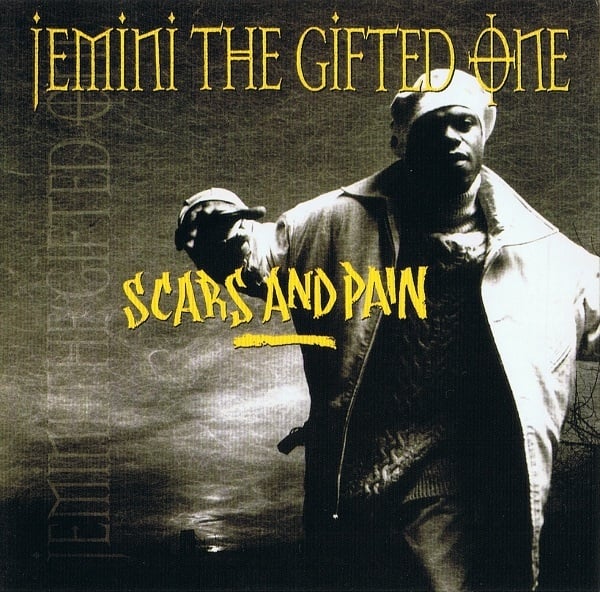 Jemini The Gifted One


Hailing from the not-too-friendly woods of East New York, Brooklyn, Jemini The Gifted One's debut EP, Scars and Pain, is marked by slick production featuring plenty horns, heavy drums and an altering resonance of laconic connotations. Some remarkable production by Organized Konfusion's Prince Poetry, Buckwild, Rah Boogie and Fat Man favors the brazen and altering flow of Jemini, who throughout this opus, continuously displays that he isn't afraid to take chances.

Scars and Pain is consistent in giving the listener a view of the gritty street experience Jemini has attained in his years. So the focus here shouldn’t just be on his versatile delivery, but on his concise lyrics as well. On one of the most outstanding cuts, "Brooklyn Kids", over a fervid, haunting soundscape that literally creeps up your spine, Jemini flows: "Now everybody talking about the West Coast, yeah/The real wit' the
skill, but we was packing toast in the days bygone living wrong/living trife/Lo-Life and
Decepticons rolling through the night."

Still, this EP isn’t just tales from the hood sagas. On "Funk Soul Sensation," which features some fervid bass, Jemini lives up to his name with a somewhat schizophrenic flow, while a vocal snippet from Nice and Smooth's "Hip-Hop Junkies" adds extra spice to "Letcho'batyflo", which has the rapper reminding the ladies that "Jemini knows the things that your man don't know."

Overall, Scars and Pain, is a fine excursion into the life that one Brooklyn b-boy has lived, wherein lies the only problem. While the album displays dexterity, head-nodding beats and righteous lyricism, it still maintains an almost strictly East Coast vibe, which may not appeal to those west of the Mississippi. The EP's short length (7 tracks) may also be a problem for some, but with the amount of time Jemini has spent paying dues, we shouldn't mind waiting a little while for a full-length album.